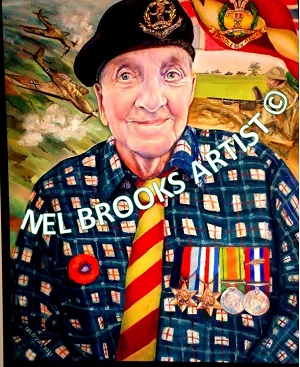 Richard served with the Middlesex Regiment during World War Two as part of a 2-man Bren gun team. From landing at Normandy he was moved to several areas of fierce fighting throughout France and into Germany.

Richard's luck finally ran out when a Stuka dive bombed him and his mate, killing his mate and severely injuring Richard. He returned home and was hospitalised for 9 months. By the time he had recovered, the war came to an end.